We never thought that this shift would take place but it’s here right NOW – The artist is formerly known as Trigga, So Solids Cypriot frontman & Ayia Napa Hype MC, is now ready to unleash his new track NEVA FLIP – which boasts his newfound confidence, flow, maturity & outlook on life.

Now known as the artist VVS1 – his name is exactly what describes him best & what it stands for – clear cut clarity with an immense force and undeniable quality, an artist who is often referred to as an artistic creative genius that exceeds all expectations, an artist that stands out from the rest who integrates different genre’s of music to create his own unique sound – which is demonstrated through this new track.

NEVA FLIP is exactly what we have been waiting for with its raw, Grimey vibe, skippy bass & added deep undertones to accentuate the heartfelt feelings put into this. It would be hard to deny VVS1’s lyrically adverse straight-talking on this beat, using intelligent verses to express how he has re-evaluated his life by being rebellious & standing up for what he believes in, disconnecting from all the fake people but also being very real & diplomatic with it. This track demonstrates maturity & life experiences, engaging with the young & old without the need to talk about violence, drugs & life on the streets as all the other tracks that are being released at present. Neva Flip produced by KOBOY is refreshingly inspirational & versatile with relatable lyrics & a very catchy chorus that makes you feel nostalgic by mixing the past with the present – you can clearly hear why this track is set to blow up on every platform worldwide!
The single will be released through DNA RECORDS, which VVS1 co-owns alongside C4, Cyprus’s hottest up & coming producer who produces most of the tracks on their label.

NEVA FLIP will be available for pre-order from Monday 7 December 2020 with the official single release date set for Monday 14 December 2020 on all major music platforms: Spotify, Apple Music, iTunes, Deezer, Amazon, DNA website, and all other online music download sites.

The official music video itself is set to be released on Sunday 13 December 2020 – which has been filmed in minimalist settings, creating a subtle but straight to the point video which is focused on capturing the artist expressing his real-life experiences without the need for gimmicks & sideshows – this video is an expression of art in its simplest form.

You can expect to see & hear a lot more coming from VVS1 over the next few months with a lot more tracks ready to go after this hit single, covering a range of genre’s demonstrating this artists willingness to create his own vibe, gaining supporters from everywhere across the world whilst telling his story along the way. 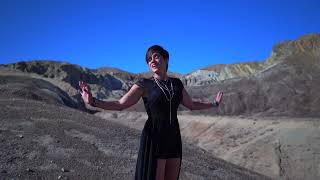 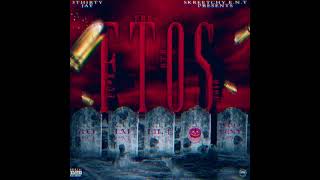